Case of the Week - N° 23: An alternative conceptualization of OCD as constituting strength. 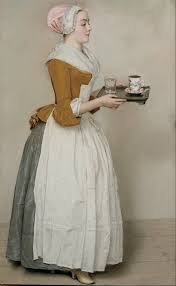 The case of this week presents the successful approach to a 25-year old woman whose life was severely impacted by obsessive Compulsive Disorder (OCD). The patient reported that she had always been sensitive about being clean, but she experienced anxiety about this after the loss of her brother who she believed died after coming into contact with dirt and germs from the garden. The fear of germs making her sick and eventually kill her, caused her to wash and clean excessively. Over time the OCD gradually controlled her life to the point where she was unable to sustain a job.  Serotonin reuptake inhibitors (SRI) medication proved to have little effect on her and the adjunctive CBT psychotherapy appeared to be helping only partially as her symptoms became more intense. Several hospitalisations were necessary after which she temporary stabilized but she became more and more depressed after each admission.

At the fifth hospitalisation, the therapists decided to use a strength-based approach, suggesting that all of the patient’s actions, thoughts and feelings are strengths, including those that are traditionally classified as a disease or disorder. The patient was encouraged with enhanced mindfulness to view her problems as integral facets of her life experiences rather than something alien that needs to be supressed or removed. This was an incentive for the patient to suggest using her OCD in her career and gain employment as a house or office cleaner.

Based on the patient’s strengths an intervention package derived from Buddhist principles was composed that incorporated the unconditional acceptance of germs, a conscious integration of cleaning and washing and the enhancement of mindfulness through internalized strategies.

The patient was discharged from the hospital and continued to enhance her mindfulness practice. She got a full-time job to clean homes commercially where she was much in demand. The company even considered her to be the best cleaner they ever had. The patient was happy with her work and used the positive experience of her work stability to enhance her quality of life. 17 weeks after the intervention she was successfully taking off of her medication as she felt that she could go without. A follow up period of two years proved this to be true.

This case provides an interesting view on OCD and disorders in general. The strength based approach is powerful as it gives a holistic view on the individual.

Here you can find the link to the case in our Archive (registration is required): http://singlecasearchive.com/archive/a-mindfulness-based-treatment-of-obsessive-compulsive-disorder