Case of the Week - N° 16: Treating choking phobia in a 19-year old woman: the importance of a therapeutic alliance 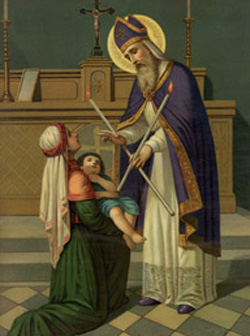 In our case of the week, the value of case studies for understanding therapeutic failures and successes is nicely demonstrated.

The case concerns a 19-year old woman with choking phobia who initially resisted to psychotherapy. From the start, the client perceived her fear for choking as a medical problem (i.e., a congenital defect) while the therapist perceived it as a psychological problem (i.e., a further increase in her anxiety because she avoided eating hard food). The therapist then tried to introduce the behavioral approach of systematic desensitization because of her resistance to deep cognitive introspection. However, the client did not do the proposed homework and no therapeutic success was booked. After a few sessions, the client stopped the therapy.

The client did not perceive herself as an agent of change in the therapeutic process as to her, the cause of the symptoms was out of her control. Hence, no therapeutic collaboration was reached. Furthermore, the client might have felt misunderstood by the psychotherapist as she perceived her symptoms as “real” and “serious” while she thought the different health professionals perceived her symptoms as imaginary.

A few months later, the client returned to the therapist. In that session, they talked about the Catholic ritual of throat blessing where a story is told about a boy who choked on a fish bone. The client might have experienced this ritual as a traumatic event during her childhood. Suddenly, for the client, a therapeutic rationale was built as there was now a “real” explanation for the phobic symptoms. From that moment on, the client actively started to expose herself to eating hard food and therapeutic success was booked quite rapidly.

Here you can find link to the case in our Archive (registration is required):  http://singlecasearchive.com/archive/the-therapeutic-context-preconditions-for-change-in-psychotherapy