Case of the Week (CW) - N° 10. An acceptance and commitment therapy for a patient with psychosis 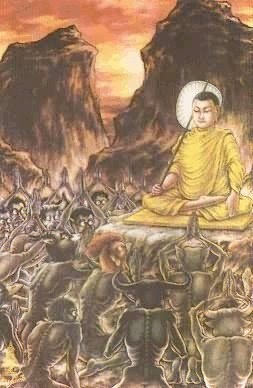 The case of the week describes an Acceptance and Commitment Therapy (ACT) for a 32-year old male patient with psychotic and depressive complaints. ACT is an unusual but nowadays more widely implemented treatment for psychosis (see other cases in our Single Case Archive).

Instead of actively fighting the paranoid thoughts (such as “people are laughing at me”), the patient was encouraged to focus on his own values and goals. The premise of the ACT is that value-focused behaviour (such as going out on a dinner with his partner) is inhibited by the constant fighting of unpleasant thoughts or feelings. This idea applies for psychosis in the same manner as it is usually applied for depression and anxiety. By focusing on his own values and goals (e.g., having a feeling of independence), the patient stays in a better contact with reality and does not avoid unpleasant experiences. In this case, the term “experiential avoidance” (typically known from anxiety treatment), is applied to psychosis as well.

Though the patient still had paranoid delusions at the end of the treatment, he lived a more value-driven and satisfactory life (e.g., he started working as a volunteer). His depression and general distress scores were lower and his delusions were less severe and intense than before.

It is technically interesting that the paper describes “other” than classical mindfulness techniques (with closed eyes and imagery techniques) through which acceptance can be achieved. The author for instance describes the use of a physical exploration of all the five senses and the use of externalization techniques to take an observer perspective on the internal thoughts and emotions.

The case is an interesting read for those who work with patients with psychosis and are interested in ACT.